Throughout over a decade and a half’s of performing, two albums, three EPs, and a series of remixes, Flies Are Spies have held steady as a band of exhilarating ability and uplifting composition. A reputation they have backed up, and remains unblemished, which in that timeframe for any band, is near unheard of for a band of any stature and recognition. Hell, they even spearhead the Cheery Wave From Stranded Youngsters collective if you need some indicator of just how invigorating they are, as well as selflessly amplifying the voices of their peers in the process.

Generally speaking mind, any cheery wave would find it hard to cope in the here and now. Flies Are Spies From Hell have taken it pretty hard themselves. The darkening spiral of chaos that society finds itself seeped within, has bred despair, and in the case of Flies Are Spies…, they have suffered grief. While a band well-versed in the patterns of human emotion, and that fact being very well documented, their third opus stings with a salient vulnerability, even that they themselves have previously unexplored. The veil of bereavement hangs opaque over Final Quiet, six songs seemingly orchestrating a narrative of loss, the first half in the closing hours with an undisclosed relationship, which anyone could assimilate for someone beloved, and the second, coming to terms without that individual.

The opening of Final Quiet is Nearly Saw A Light, a bold nine and a half minutes of sombre waves that crash and recede quite spectacularly, and led by piano which even today in post rock canon, still feels like an anomaly. It is the piano however that carves the niche for Flies Are Spies… and rightfully elevates their standing in a genre amongst a seminal field of musicians. It lay beneath a melancholy umbrella for the intro, coupled with some very early tremolo work, inducing a state of high anxiety. The keys certainly speeding up and becoming more frantic hammers this home just as much. Sustaining this tone, along with a gentle rolling of drums, before settling into a mellow passage of solemn plucked notes and a slight rumble of bass, also plays on expected post-rock tropes slyly, slowing down instead of building to an explosive pay-off. Even that then quietens down to just a solo piano performance, layers of lachrymose fogging the ambience of the song and just one of many fine examples of how powerful a piano player Flies Are Spies… have within their midst. Bass gradually backs up the piano, the subtle stroking proving an effective counterpart to rising tension, as does sharp cymbal taps, keeping rhythm without being imposing as such. It’s worth mentioning that drums are wholly kept to a minimum throughout Final Quiet, deployed strictly to maximize the intensity of the music and its emotional output, and their presence or lack thereof, makes for a certifiably distinct listening experience. As the track’s crescendo steadily swells, cymbals grow louder, as do swift clatters of toms, tremolos amplified and morphing this wave of emotion into an all-consuming tsunami of sadness, one that finds itself genuinely moving. Much like the news that someone you love has just mere moments left to live. Or it’s already too late. 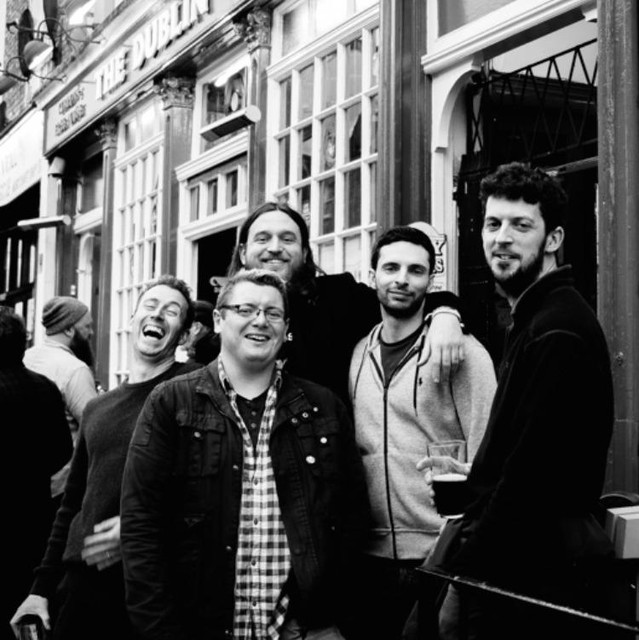 Ominous rumble brings in Last Hour, with some beautiful keys to accompany it, another show-stealer of a performance, and only two songs in. The rumble is eventually banished, taken place by some precision plucking of notes, later joined by a bass melody that tugs a heart string or two, and their tremendous interweaving of musical strands here exemplify that it’s often not about how many notes you play, but the right notes you play. For half the song’s duration, the instruments shape and cement the tone of sorrow in such a compelling manner, that drums needn’t be required. It evokes the image of being beside a hospital bed so strongly that tears almost seem obligatory at this stage. Drums explode in, that contemplative demeanour swept away with the accompanying sudden rush of truly electrifying, ferocious guitar, that feels more rooted deep in the throes of conflict than the flash flood of grief, all the while, the piano maintaining that edge of melancholy. You could score a war movie, as much as heartbreak, so succinctly in just these six minutes.

Both halves of Final Quiet are back-ended by two sub-three minute pieces, the first being Afloat Apart, a pause for breath and clarity, that a harmony of piano and guitar usher in ambience, serenity awash on an aural palette that serves as a flashback or a recollection to the greatest moments with whomever this individual was. Equally, you could call it an ascension if you are spiritually inclined to. Interpretations aside, it is an achingly beautiful piece of music. The second of these pieces is Lost By Morning, which realistically requires the context of the previous All The Smiles At Night, to make complete sense in the general overarching narrative. The piece, while seamless in transition from the previous track, focuses solely on piano and closes the album, now so overcome and bereft with sadness, that this deliberate ending performance reigns in the feeling of isolation like a brick to the head. A solo performance for a solitary life. If you made it through Final Quiet without crying to this point, grab yourself a Kleenex for this one. Soul-stirring simply doesn’t do it justice.

Yet perhaps it is the two tracks that make up Final Quiet’s second half, Always Bereaved, and the aforementioned All The Smiles At Night, that sit so firmly in current reality, that they resonate the most strongly. Always Bereaved comes to terms with immediate loss, gloom creeping in at the inset, far slower in pace than anything before, and once again, crafting this dour mood so effortlessly, it becomes immersive. Despite an exquisite composition of guitar, piano, and bass, their carefully spaced playing of notes conjuring a drained and dare I say, dark and depressed atmosphere, it is the drums with precise cymbal taps that add the most important nuances of gravitas to this scene. The volume, as does the aggression in which the instruments seem to get played with, builds to a simmer, the patterns and execution growing faster, as does growing turmoil inside. Piano and guitar especially, seem to battle one another for absolute control over how powerful an emotional impact is made, and their syncopation almost makes it chaotic, a rising distress level waiting to boil over imminently. But half way in, a curious guitar lick, the most infectious of its kind on the album, causes everything to subside, and the instruments then use it as a cornerstone to build around. It is this build-up and resolution that is Final Quiet’s best, the outpouring of sound very much akin to an emotional or mental breakdown, and the harmony of guitar and piano here tightening the screws on your tear ducts to magnificent effect.

All The Smiles At Night then presents itself as the ongoing struggle with loneliness or wanderlust even, painting a picture to try and fixate on a normality, when this world has been thrown off its axis. Sparse at the beginning with only guitar opening, piano enters to an almost blues-like meditative state, perhaps Final Quiet’s only moment where vocals could, but not necessarily should, slot in perfectly. An ode to someone dearly treasured lends itself well to this passing breeze here. Enter the drums, which for the first time on this album, shifts to an upbeat, almost rousing pace. In practice, it almost brings in a jazz-like quality to the music, albeit one where you are the only stationary body in a lively, always moving environment. Perhaps the song title suggests trying to be amongst friends or in a public place, faced with tens, possibly hundreds of realities separate or absent from your own, and grief in that moment, makes you alone in a crowded room. The last few minutes certainly seem to suggest so, heavier slams of chords so out of character and verging into noise, detaching the listener from this state of immersion and back into our own reality. That deafening moment, drowning out all other distractions, to be left with your own thoughts.

Final Quiet is a masterpiece, a compelling, cinematic realm inside bereavement deemed essential listening for the musically courageous and any healing hearts. Flies Are Spies From Hell have proven yet again to be one of post rock’s stand out acts, their compositions still so strong and evocative after 16 years, that time hopefully never slow them down.

Final Quiet is out now on all good and respectable music retail outlets.

You can support the band on social media here:

And you can support the site on social media here, or follow the site using the button to the right: