While this is the very first of the end of year posts for this site and officially the first time anything like this has been on the site before, it gives me great pleasure and happiness to write a piece, giving a greater emphasis on an artist that has been a constant for this year. Limitations are boring and if locking a piece like this solely to any artist’s accomplishments in one year, it doesn’t grant the necessary freedom to write something engaging enough. So take this as a love letter to the one artist or group of artists whose music has been cherished through thick and thin this year, and would like to dedicate this year’s piece to self-proclaimed ‘suicidal synth-pop’ artist Forrest Avery LeMaire a.k.a. Mr.Kitty.

If you want to talk about 2016 for Mr.Kitty, then it hasn’t been as active as past years. Despite playing numerous shows over in the States, we were expecting what was to be Mr.Kitty’s sixth album in as many years to be released in October, making him certifiably in the conversation as one of synth-pop’s hardest working artists around. Sadly but understandably, the album was put on hold until next year as health concerns became a priority into the latter half of the year. But that does not speak for the quality of the music that Mr.Kitty has produced over his six-year plus lifespan as a recording artist. Far from it. 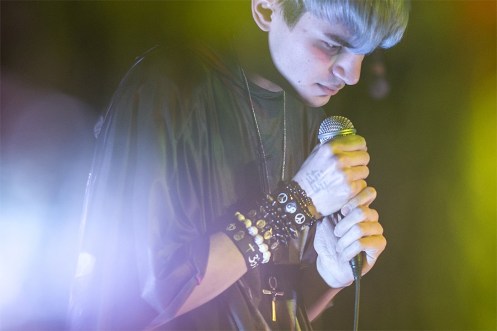 Channeling the mechanical heart of classic 80’s electronica and the drum machines of the great original goth movement, into chilling dreamscapes and darkened dancefloors, narrated by the oft distorted and reverb-drenched lullabies and shrieks of Forrest; the output of Mr.Kitty is an emotional outpouring of a vulnerable soul against an array of unforgettable analogue synth dialects. His first four albums form part of a quadrilogy of works known as the Dark Youth collection, spanning both light and darkness which broadcasts and touches upon many subject matters in that time frame, moving and macabre. It also serves as the perfect window or measuring post to show how much Mr.Kitty has grown and matured as an artist. But every release is its own separate universe, with its own atmosphere and a complete anthology of melodic masterpieces.

Arguably the greatest of his works is Dark Youth’s final installment Time, which although is one of the darker albums of that collection, is uncompromising in its vision, truly emanating the rawest feelings of every song, no matter how black its subject matter. How so many of these songs contain the musings of a mind much darker than you can imagine, but are entangled in some of the most memorable synth-pop written this decade is a true wonder and testament to Mr.Kitty’s abilities as a songwriter, let alone a fascinating juxtaposition. Although we have had snippets of a new album this year, how Forrest has tirelessly spun such outstanding retro-contemporary electronic webs together year after year is commendable. Each one is more enchanting and enrapturing than the next, and there is absolutely no hesitation in saying that everything that Mr.Kitty has created is consistently among the best music heard all year.

So if Mr.Kitty does get to read this, thank you so much for your music, with love and kind regards,

The vast majority of everything Mr.Kitty has ever produced can be found on his Bandcamp page, and if it can’t be found there, then it can be found on his Soundcloud page instead. Though unconfirmed, a 2017 release window is pencilled in for A.I., to be Mr.Kitty’s next album of which this site will take great interest in. You can shop here if you are in need of any t-shirts or the likes in the near future.

And finally, you can find all news and the means to give him a virtual hug right here:

And if you wish to give me a virtual hug at all for whatever reason, then you can do so at these social media channels, or by subscribing to the site using the link below:

In our darkest hours, when we feel we have little left to turn to, music has become a light in which we can take our solace in, and a source of hope when our knees bear heavy the burden of what humanity has in store for us. Without diverting too far from the subject in question, these are troubled times we live in, no matter what walk of life you’re from. The world feels on the brink of a new political and economic Ice Age, and whatever transpires in the months to come, global census on the matter seems right to be worried that the timer to doomsday is quickly counting down. The Mayans would be only five years out with their prediction, should it come down to that. The Middle East, with Iran (or the Islamic Republic of Iran) fixed in the centre, has never really been known for its musical endeavours, at least sparsely in the Western world and if you were to speak of rock music, a positive response may need to be heard behind closed doors. And one such positive response can be heard behind closed doors, of a certain rusted variety. Despite being near the epicentre of turmoil troubling the region, Tehran’s Rusted Doors (formerly Rusted Doors of Heaven) base their music not on the surrounding conflict claiming so many lives, but on a different, more human conflict that can be just as fatal. The conflict inside the body. Physically and emotionally. This conceptual basis lends itself to some of the most incredibly evocative and stirring instrumental compositions post rock has spawned in recent years. 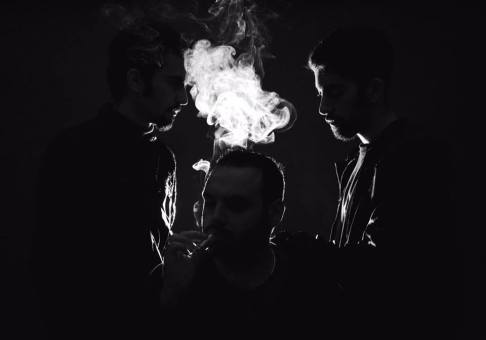 Their album Tale of a Departure scores the story of a character simply known as ‘Nobody’ and chronicles his struggle with depression and illness before succumbing to death, leaving his spirit to observe the suffering and sorrow of his loved ones left behind, unable to protect them. There’s no two ways about it; this is a bleak, haunting depiction of a scarily real scenario that happens every single day, which makes what music accompanies it that much more absorbing and affecting. Something else that makes Rusted Doors’ music that much more fascinating a listen, is their cultural interpretation of a widely renowned genre of rock and its most notable instance, is in their most recent single Huntington. Named after the titular disease that degrades the brain’s cells, it is an unraveling of nine and a half minutes of melancholy, simmering to a boil through the means of funk-driven bass, soft reverb-kissed strums and skins bashed in such a manner that pace and tone matches neither celebration nor ceremony. Around two minutes in, an aggressive fuzz swamps the guitar tone and the drums begin to make headway, bass kicks leading the charge to where you feel the journey will take flight. But quick as speed picks up and volume skyrockets, it’s silenced just as fast. A wave of ambience hushes the beat to a simpler meter, while what previous warmth the music was building is subjected to a sudden chill and into more ethereal territory. The guitar slowly starts to bring abrasion back to the forefront and the drums creep back to tribal levels of complexity in this new found realm of frost. But as duration stretches to seven minutes, fragile tension is finally broken and a flood of emotion explodes forth, sorrowful in its timbre but startling in its execution. All phases of this song illustrate what a roller coaster fighting illness can be to your very last breath and the effect on those closest to you, right up until the final note. It gives perspective to how others cope with this situation. Rusted Doors chose to write a song about it. You may go for a walk or a quiet drive to help you reflect or distance yourself. But whatever life’s challenges throw your way, music will be always be a tool to give people reassurance, comfort and hope in those moments where there seems to be none, and Rusted Doors are a prime example in both a world similar and dissimilar from our own.

The album Tales From A Departure and Huntington can be found on Rusted Doors’ Bandcamp page on a very kind pay-what-you-want basis, although please give generously if you feel this is tremendous music as much as I do. The band is hoping to play live more into the New Year and looking into potential festival appearances if possible, but your best source to find out for certain is on their social media.

If you have enjoyed what you have heard of this talented group of musicians, please let them know via the following channels:

And if you have enjoyed what you have read here, then you’re more than welcome to let me know if you so wish via a like, a follow or by subscribing to the site by clicking the link below: