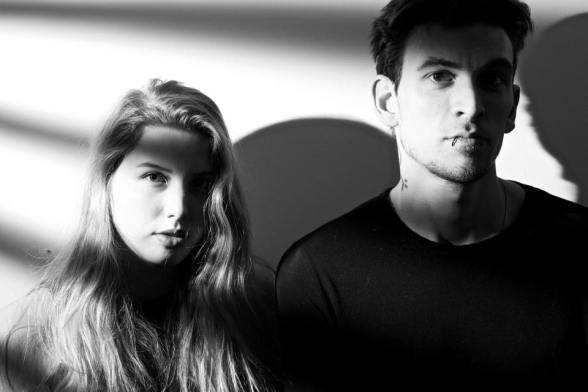 Normally, any piece highlighting new and emerging musical talents on this site begins with a tale, an anecdote or even a little music history, eventually tying the two subject matters together in a philosophical or whimsical manner. Such may not ring so true this time round. Instead, this begins with honesty. Truth is, this site has been out of sync, almost out of touch, with the pulse of brand new, underground, independent, and unsigned music for some time now, that what little reputation has been building has dissipated from existence. To put it simply, and to quote Jesse Lacey of Brand New – life is a test, and I get that much, so much so that all motivation and production of content stood frozen solid in time. Whether it would ever thaw again, remained a worry for the best portion of four months. But something that kept the tiniest of embers ablaze, was the genuine warmth of kindness. Despite absolute silence, PR companies and musicians alike continued to reach out to the site. I rarely contact artists or their correspondents preemptively, so to have a one-way overflowing direction of content without ever asking for it, goes beyond words and has kept the gears in a functional state in lieu of their dormancy. The ember truly came to life however once Nicole Gibson of the titular Montreal duo came into contact. Her authenticity and heartfelt words, with regard to what this site has accomplished so far, were a moving read and most certainly a reflection on her songwriting partnership with Chris Kelly. Hell, they’ve just been nominated for Best Adult Alternative Song by the Hollywood Songwriting Contest if that’s any indicator.

The pair have an incredible work rate, releasing weekly covers of recent music chart entries on YouTube, but their own songwriting endeavours, of which their debut EP is due for release in the coming months, captures their chemistry, versatility and sheer talent better than someone else’s words can. Their most recent single, Ghost of You shows the upbeat, poppier side of their capabilities, both Chris and Nicole’s contrasting, reverb-touched vocals, in a realm of grumbling bass, understated percussion and airy electronics, delivered so refreshingly, and with a hook so catchy, you wonder how it is yet to crack the airwaves. Arguably however, it is Out of The Dark’s moodier, minimalist soundscape that has a far greater impact and establishes exactly why the pair have a songwriting nomination in tow. Immediately, Nicole’s dulcet tone welcomes you in, as does the slight melancholy of piano keys and programmed but subdued kicks and snares. There is a marginal breeze of ambience ever-present also, but it all culminates in a formidable emotive vehicle, for the lyrical premise of never giving up hope. The tale is not complex, but it doesn’t need to be. They are simply the right words for the greatest effect. Their voices unite for the chorus, emanating true passion and belief in their message, with Chris’ solo bellow between each line sounding almost pained, but powerful nonetheless. Piano also gently builds behind them, furthering the big, emotional right hook of a chorus; it’s ultimately a subtle touch but again contributes massively to tone and overall delivery. Chris takes the lead for the second verse, showing his softer, soulful voice, with the now more prominent piano accompanying him, right up to a second chorus where after we are treated to a wailing guitar bridge, adding an extra ambient dimension without being intrusive. The song closes on its chorus, yet there is a refrain with only vocals and piano just before, that may rank among the most tear-jerking 15 seconds you’re likely to hear all year. No doubt Chris Kelly & Nicole Gibson have a prosperous career ahead of them both, with their attention to detail transforming the insignificant into the extraordinary. But it is their authenticity and emotional resonance in their music, that will make them stars. To borrow a quote from the duo:

Thank you, Chris. Thank you, Nicole. It’s taken some time, but it feels like the site can come out of its own dark. And this masterpiece has been instrumental in guiding it through.

Chris Kelly & Nicole Gibson have a fabulous YouTube channel which houses all of their various covers so you can see how wonderful they are as musicians. They’ve also just launched their own website, in case there is any other content your heart desires you wish to view. As already mentioned, their debut EP is due for release really soon. Keep your eyes peeled.

In the mean time, give them a like or a follow on their social media right here:

And if you feel like doing the same for myself, then you can do so by giving me a like, a follow, or by subscribing to the site using the button below, and we can give each other a virtual hug: